Sweden Is Rethinking What Makes It Great 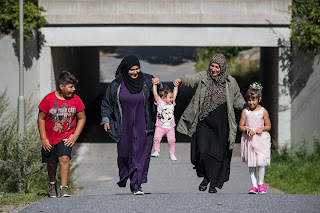 Sweden was never able to match its generous policy toward migrants with its ability to absorb them into society.

Successive waves of refugees, hailing from Bosnia, the Middle East and Somalia, have been trapped in housing developments on the peripheries of big cities such as Stockholm, Gothenburg, Upsala and Malmo.