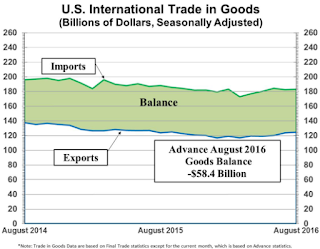 What should you do if Trump is right about a bond bubble?

In the first presidential debate, Donald Trump said,
"Now, look, we have the worst revival of an economy since the Great Depression.
And believe me: We're in a bubble right now.

And the only thing that looks good is the stock market, but if you raise interest rates even a little bit, that's going to come crashing down.

At least one Wall Street economist agrees with Trump.

In an op-ed written in The Wall Street Journal late Wednesday Morgan Stanley chief economist, Ruchir Sharma, says, Trump’s bubblicious depiction of the state of equities isn’t off base, given the degree to which the Federal Reserve is propping up stocks by maintaining ultralow interest rates in place.
Sharma says about 60% of the gains from the stock market since dovish monetary policy was enacted in the wake of the 2008 financial crisis can be attributed to central-bank support. Sharma puts it like this:

About Deutsche Bank at IntCom

What Deutsche Bank Is Telling Investors in Europe
Mohamed A. El-Erianm SEP 29, 2016

The bank's shares have been falling steadily from a recent high of €27.80 last November, but at their peak in May 2007, before the start of the banking crisis, they were valued at almost €100.


Why is Deutsche Bank now the biggest worry in the financial world?

"Thanks to ZIRP (zero-interest-rate policy) and QE (quantitative easing), every year, about $300 billion is transferred from largely middle-class savers ..."

What are coco bonds and what are those markets telling us now?


Edwards is known for his 1996 “Ice Age” thesis, in which he envisioned a world going to hell in a deflationary handbasket as inflation becomes elusive and growth sputters.

The theory underpins his argument that if the Federal Reserve raises interest rates, a deep recession in the U.S. will result, dragging the rest of the world over the cliff. Edwards believes that investors flocking to U.S. stocks will be devastated in a market correction — a stark contrast to the general consensus that they currently offer investors the best bang for their buck.

“It is madness, what we are seeing,” said Edwards. The coming crash, he said, “will be horrific compared with what we’ve seen so far.”

More about Albert Edwards at IntCom

The next step of integration will not be the result of a brainstorming session, but some emergency meeting after midnight during a weekend., Munchau

The Great Deception story of the most audacious political project of modern times: the plan to unite Europe under a single 'supranational government.

From the 1920s, when the blueprint for the European Union was first conceived by a British civil servant, this meticulously documented account takes the story right up to the moves to give Europe a political constitution, already planned 60 years ago to be the 'crowning dream of the whole project. The book shows how the gradual assembling of a European government has amounted to a 'slow motion coup d etat , based on a strategy of deliberate deception, into which Britain s leaders, Macmillan and Heath, were consciously drawn.

Drawing on a wealth of new evidence, scarcely an episode of the story does not emerge in startling new light, from the real reasons why de Gaulle kept Britain out in the 1960s to the fall of Mrs Thatcher.

The book chillingly shows how Britain s politicians, not least Tony Blair, were consistently outplayed in a game the rules of which they never understood. But it ends by asking whether, from the euro to enlargement, the 'project has now overreached itself, as a gamble doomed to fail.

We are still groping for truth about the financial crisis

It has been eight years since Lehman Brothers went bankrupt and still it defines the calendar.

For anyone in the financial world, time is divided into Before Lehman, and After Lehman.

Markets are losing faith in the central bank "put",

but governments are not yet willing to step into the breach with fiscal stimulus to keep the global show on the road.
This is how accidents happen.
It is striking that markets do not believe that the Fed will hit its 2pc inflation target for the next 30 years, based on the pricing of the "TIPS" breakeven curve.
Ambrose 14 September 2016

“You shall not crucify the retiree and saver on a cross of negative rates.”

Martin Wolf at his best: Monetary policy in a low-rate world


Ever since the financial crisis, central banks have done unusual and unpopular things. In unusual circumstances, that was inevitable.

Unfortunately, the unusual circumstances now appear to be usual.

Indeed, monetary policy actions may not have much impact on these even in the short run.

Mohamed A. El-Erian: This Market Selloff May Be Different

Those, like me, who worry about an excessive decoupling of stock prices from fundamentals also feel that the dominating impact of liquidity may be changing and potentially waning. This is particularly the case for central banks, whose market intervention is evolving because of a change in what former Fed Chairman Ben Bernanke described as a “benefit, cost and risk” equation.

Without a significant improvement in fundamentals, investors would be well-advised to remember that there is an impending limit to how much liquidity injections can protect markets from the underlying economic reality.

"Australia Is About 6 Weeks Away From Housing Collapse"

Real estate prices in Australia's largest housing markets have soared over the past couple of years fueled, in no small part, by demand from Chinese buyers looking for offshore locations to park cash.

The Sydney and Melbourne markets have been the largest beneficiaries of foreign capital with real estate prices up 53% and 51%, respectively, since 2012.

Italy is not Greece or Cyprus. Italy is the fourth largest economy in Europe

Italy is not Greece or Cyprus. Italy is the fourth largest economy in Europe, and that means that bailing it out would require massive amounts of capital that the Germans have no desire (nor political imperative) to spend.

During negotiations on the Greek programme this year, Wolfgang Schäuble, German finance minister, persuaded Brussels and Washington that there is no political room for manoeuvre in Germany in favour of a Greek debt writedown before the 2017 elections.

He failed to mention that there will be even less room afterwards.

John Mauldin on Jackson Hole, a profound sense of sadness over our global economic leadership’s obvious lack of understanding of the real world

I found few if any fresh ideas, or at least none that would truly be helpful. Even the calls for “reformed thinking” turned out to be just variations on the same old thinking.

For instance, rather than targeting inflation at 2%, why can we not think about 4% inflation? Instead of worrying about GDP, couldn’t we worry about nominal GDP? As if such minor variations on old themes would make any real difference to employment or growth.

Indeed, what was revealed in the papers and discussions and then in the interviews that followed the conference alarmed me and in some cases truly outraged me to the point that I was spitting epithets.

When the dust settled, I was left with a profound sense of sadness over our global economic leadership’s obvious lack of understanding of the real world.


I’ve spent the last few days working on what I think will be one of my most important newsletters ever.

The more I researched and wrote, the more concerned I got at the direction our monetary and political authorities want to take us. The words I wrote led me to conclusions I could not believe.
Trying to prove myself wrong, I’ve spent hours on the phone and in person with some of my best sources. They think I’m right – which doesn’t make me feel any better.
The long and short of it is, our central bankers have set themselves up as the high priests of an economic religion. They hold certain doctrines on faith, and nothing will shake that faith. That’s the same impulse that drove ancient religious leaders to “policy decisions” like human sacrifice. The gods demand it, so it must be done. Too bad for all the victims.
The high priests of the global economy are so confident in their anachronistic dogma that they seem intent on sacrificing all of us, or at least those of us who depend on our savings and investments.
Time will prove the wizards of central banking wrong, but by then a lot of people will have been hurt.

There is a theory behind the seeming madness in all this. Low interest rates encourage companies to invest and consumers to spend now rather than later ...

At any rate, this is not a theory that bears much scrutiny. It is not because interest rates are too high that eurozone consumption is sluggish but rather because expectations are so low.

Fiscal austerity and the aftermath of the global crisis have dimmed the employment prospects of a generation of young Europeans.

Low interest rates have as intended pushed up the prices of long-dated bonds and houses — but one unwelcome effect of this is to put buying a home beyond the reach of many and to render long-term saving more or less hopeless.

All told, the primary effect of monetary policy since 2008 has been to transfer wealth to those who already hold long-term assets — both real and financial — from those who now never will.

Why call it volatile when it is down? 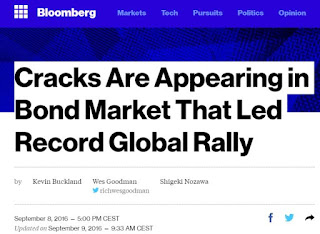 Old Mutual Global Investors Ltd., which oversees the equivalent of about $436 billion, says a policy change aimed at steepening the yield curve wouldn’t be surprising, even though it would come at the expense of bondholders.

“It would definitely see some pain,” said Mark Nash, head of global bonds at the London-based fund manager.

Tett: Echoes of 2008 as danger signs are ignored

Some central bank officials — such as William White, chief economist at the Bank for International Settlements, or his colleague Claudio Borio — were deeply worried about what was happening down in the weeds of global finance.

In particular they feared excesses were building with newfangled instruments that many traded but few truly understood, such as credit default swaps.

However, those Cassandras were a minority; most central bankers were so obsessed with seemingly benign “real” economy issues such as inflation, unemployment or growth rates.

This is the argument of a fascinating new paper from William White,

More by Gillian Tett at IntCom

For employment to rise GDP must increase more than Productivity

The IMF paper said the slow recovery had been made worse by the fact that what growth there had been “bypassed many low-income earners” and “raised anxiety about globalisation and worsened the political climate for reform”.


To escape sluggish growth and boost countries’ economies,
the fund has been urging policymakers to more aggressively employ the three prongs of monetary policy, structural reform and fiscal measures.

Martin Wolf about Capitalism and democracy

A natural connection exists between liberal democracy — the combination of universal suffrage with entrenched civil and personal rights — and capitalism, the right to buy and sell goods, services, capital and one’s own labour freely.

They share the belief that people should make their own choices as individuals and as citizens.

Democracy and capitalism share the assumption that people are entitled to exercise agency. Humans must be viewed as agents, not just as objects of other people’s power.

Yet it is also easy to identify tensions between democracy and capitalism. Democracy is egalitarian. Capitalism is inegalitarian, at least in terms of outcomes.

To maintain legitimacy, economic policy must seek to promote the interests of the many not the few.