EU, IMF och ECB made a fateful mistake. Instead of allowing Greece to default on its insurmountable debts to private creditors, they chose to lend it the money to pay in full.

Greece's onerous obligations to the IMF, the European Central Bank and European governments can be traced back to April 2010,
when they made a fateful mistake. Instead of allowing Greece to default on its insurmountable debts to private creditors, they chose to lend it the money to pay in full.
Ashoka Mody, Bruegel 21st April 2015

Wolf: Nobody was forced to lend to Greece.


Initially, private lenders were happy to lend to the Greek government on much the same terms as to the German government.

Then, in 2010, it became clear the money would not be repaid.

Rather than agree to the write-off that was needed, governments (and the International Monetary Fund) decided to bail out the private creditors by refinancing Greece. 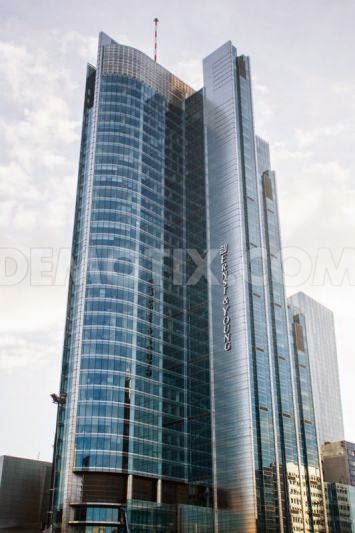 
The big question — whether Greece will leave the eurozone or not — remains unanswerable. But I am now fairly certain it will default.

My understanding is that some eurozone officials are at least contemplating the possibility of a Greek default but without Grexit.

The link between default and exit is indirect; if a country defaults, its defaulting securities are no longer eligible as IOUs for the country’s banks to tender at ECB money auctions.

This sounds like somebody has a plan. But this is not my impression. I have never seen European finance  officials so much at a loss.

I  wonder whether one or more people on both sides of these discussions may simply be miscalculating.  We may be on the verge of one of those sleepwalking moments in European history.


The Greeks and their creditors may simply continue to “kick the can down the road”.

Even those members of both sides’ negotiating teams who thought that this whole sorry episode must end in Grexit didn’t want to be the ones to pull the trigger – or at least not to be seen to be doing so.

Spain and Portugal, their worry has been that if Greece were seen to win further concessions then their own pursuit of austerity would become indefensible to their electorates.

Greece needs to become much more competitive. This is only possible if it leaves the euro and allows its new currency to depreciate sharply on the exchanges. To forgo this opportunity while nevertheless defaulting and becoming a pariah among fellow EU members would be to condemn the country to a prolonged near-death experience.

Ironically, currency devaluation has always played a central role in the IMF’s classic treatment for countries in difficulties.

Doyle: Global leaders of the economics profession should turn on the IMF in public.

Of course, the usual suspects, Krugman and Stiglitz, have long been loudly lambasting international austerity in general. And others—from Rogoff through to Obstfeld, Fischer, Rajan, Summers, Sachs, and even Wessel and Dervis—have expressed reservations more sotto voce. And all of these sympathize with the Greek people.

Yet none have spoken plainly to the Greeks nor turned their guns openly on the IMF—despite its pivotal role on this matter in Europe after 2010 and now in Greece, and despite the global risks arising from these IMF positions. Whatever these luminaries’ loyalties to the institution, their silence is deafening and is of moment. They should shout, together, right now, while the IMF is in session in DC.

If nothing else, this message to the Greeks and the IMF would put the profession on the record against the louder voices of Euro politicians, including those at the IMF. If we remain quiet now, they and the IMF, by default, speak for us. That makes sensible resolution between these two European patriots virtually inconceivable, it leaves the Euro tinder-box primed to explode, and it may leave our profession deserving of the low esteem in which it is now widely held.

Barry Eichengreen: French and German banks have been able to sell their holdings of Greek government bonds, largely to the ECB, which has acted as bond purchaser of last resort.

The ECB has also promised to support other countries’ bond markets in the event of a Greek accident. Hence Europe’s recovery is less at risk of being derailed by instability in Athens.

Robert Skidelsky: Governments do know how to stop a slide into another Great Depression. But, governments are haunted by fears of large fiscal deficits. They have relied on monetary expansion, which is politically more acceptable, but also much weaker in its effect

Samuelson was half right: Governments do know how to stop a slide into another Great Depression. They used this knowledge in the autumn of 2008 and 2009, which is why we had only a Great Recession.

But, contrary to what Samuelson believed, governments are haunted by fears of large fiscal deficits. With few exceptions, they have not been prepared to use fiscal policy to jolt their economies out of post-crisis stagnation.

Instead, they have relied on monetary expansion, which is politically more acceptable, but also much weaker in its effect

- Central banks look at growth, at employment, at wages. They are too low. They don’t have the instruments they need, but they feel obliged to do something. So they artificially lift asset prices by maintaining zero interest rates and by using their balance sheet to buy assets.

“Why? Because they hope that they will trigger what’s called the wealth effect. That you will open your 401(k), see it has gone up in price, and you’ll spend. And that companies will see their shares are going up and they will be more willing to invest. But there is a massive gap right now between asset prices and fundamentals.”

- They don’t have the instruments they need, but they feel obliged to do something.