In a letter sent late on Friday to Europe’s prime ministers, Herman Van Rompuy, the European Council president, said the sanctions package – which is directed at Russia’s financial, energy and defence industries – “strikes the right balance”.

He urged national leaders to give their ambassadors the authority to approve the measures on Tuesday.

On 20 July 1944, a 36-year-old German army officer, Col Claus Schenk Graf von Stauffenberg, arrived at a heavily guarded complex hidden in a forest in East Prussia. His mission was to kill Adolf Hitler.

Germany's constitutional court has been handed a second complaint over the EU's Lisbon Treaty with the potential to delay the country's final ratification of the document for several months. The complaint is being brought by... former MEP Franz Ludwig Graf Stauffenberg

Ian Davidson, the Labour chair of the committee, said there would definitely be no union: “No ifs, no buts, no fudges, no deals”. That had been firmly stated by the leadership of the UK’s three main political parties.
“The Scottish government tries to give the impression that a currency union is still a possibility. It is not. This parrot is dead.”
Financial Times 21 July 2014

Portugal’s central bank has ordered the immediate appointment of a new chief executive and other board members at Banco Espírito Santo.
The move accelerates replacement of executives from the troubled Espírito Santo family group, BES’s biggest shareholder,
with an independent management team that has no connections with Espírito Santo or the current board.
FT 14 July 2014

Det finns ingen anledning till oro
The /Portugese/ central bank said investors had "no reason to doubt" the security of funds, and savers had "no need to be worried".
BBC 11 July 2014

Jean-Claude Juncker: Over the past years, Europe suffered the worst financial and economic crisis since World War II.

Unprecedented measures had to be taken by the EU institutions and national
governments  to  stabilise  Member  States’  economies,  consolidate  public finances  and  prevent  the  results  of  decades  of  European  integration from  being undone.

The  worst  was  avoided.  The  internal  market  and  the  integrity  of  the Euro zone were preserved.  Slowly but  surely, economic growth and confidence are  now returning to Europe.

However, the crisis  has taken its  toll.  More than 6 million people  lost their job during the  crisis.  Youth unemployment  has  reached  record high s.

Several  of  our  Member States  are still far away from sustainable growth and  adequate  levels  of investment.

In many countries, trust in the European project is at a historic low.

The measures taken during the crisis  can be compared  to repairing a burning plane whilst  flying.  They  were  successful  overall.

Yet  mistakes  were  made. There  was  a lack of social fairness.  Democratic legitimacy suffered  as many new instruments had to  be  created  outside the legal  framework  of  the  European  Union.

For the first time, a direct link has  thereby  been established between the outcome of the European Parliament elections and the proposal  of the President of the European Commission.

This follows  long-standing  calls from  the European Parliament  echoed and repeated over  several decades.

It  has the potential to insert  a very necessary additional dose of democratic legitimacy into the European decision-making process,

The day we got EU parliamentarianism. Juncker, how many votes did you get in the last European elections?

The day we got EU parliamentarianism. Juncker, how many votes did you get in the last European elections?

Parliamentarism means that a parliament elects a country's prime minister and decides its laws. A majority can turn against the prime minister, in which case the government must resign or call an election.

The essence of democracy is that we can go to the polls and elect a new majority, a new government and new laws. This democratic essence is now guaranteed in all EU countries. A country must be democratic in order to join the EU.

But the EU itself is not a democracy.

This year, 2014, was when the EU underwent a systemic change - as yet incomplete and still remote from citizen voters.

Today, 15 July, the European Parliament is set to vote in Jean-Claude Juncker as European Commission President.

Thus European parliamentarianism was born, but it was not felt as such by citizens. Juncker was elected, but without voters choosing him directly.

What will the new EU Commission President say when he lectures China about democracy and the question is put to him: How many votes did you get in the last European elections?

The European Central Bank has found itself caught in the crossfire

The Bank for International Settlements’ call last month has reignited the debate over how to explain – and tackle –  the financial and economic turmoil that has persisted over the past six years.

The debate is so fierce, the viewpoints so distinct, that two of the world’s leading multilateral organisations, the BIS and the International Monetary Fund, have completely different ideas on what the ECB’s next step should be.

He writes in FT today, 14 July 2014, that the analytical underpinnings of the current phase of risk taking in financial markets are far from robust.

- This configuration of more balanced risk is not yet reflected in asset prices and the levels of implied and realised volatility.

"less pleasant scenario – that of stagflation and greater financial instability"

Don’t trust anyone under 61

- “Stagflation” remains a word not uttered in the polite company of the financial world.

- "Many of today's investors were still in diapers (blöjbarn) during the great stagflation of the 1970s. Those who weren't will never forget the darkest period in modern financial market history." 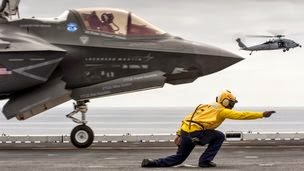 Grundbultsfrågan: Hur blir S = I ??? Savings and investment, being different activities carried on by different people

There is a deeper issue to be tackled:

why does the economy have to be stimulated in artificial ways through the boosting of lending ?

Jag erinrade mig Keynes  /The Treatise on Money's/ message was that


savings and investment, being different activities carried on by different people, could not simply be presumed identical.

Unhappy Union: How the Euro Crisis – and Europe – Can be Fixed,
Book by John Peet and Anton La Guardia, journalists from The Economist.
Review by Ferdinando Giugliano, FT 6 July 2014

As La Guardia and Peet argue, the eurozone’s politicians made a serious conceptual mistake in confronting the turmoil that entangled Greece and the rest of the bloc’s periphery.

Policy makers assumed the crisis was the consequence of the lack of en­forcement of fiscal rules but “it was property bubbles, imbalances and the unstable structure of the eurozone”.

Was the euro introduced prematurely? La Guardia and Peet think so. “Monetary union should have been the culmination of political union, not the means to achieve it,” they write.

But while it is tempting to blame the single currency, Europe’s woes were mainly the result of the authorities’ incompetent crisis response.

A break-up would set off a wave of de­faults. Companies in weaker countries would struggle to repay euro-denominated debts using steeply devalued national currencies.

As the authors suggest, the calm that has prevailed in the bloc’s markets for the past year is largely the result of the European Central Bank’s promise to buy unlimited quantities of sovereign bonds 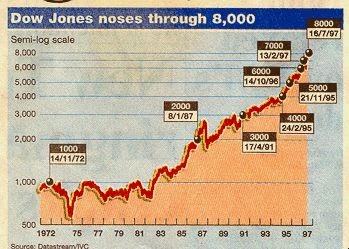 
For decades, economic growth in America was driven by a powerful and sustainable force: increased consumption paid for by the rising incomes for middle-class and working-class Americans. But somewhere around 1980, that model broke down.
And now, with the economy only partially healed, it seems we’re going back to the lend-and-spend economy that failed us before.
Rex Nutting, MarketWatch 27 juni 2014

But somewhere around 1980, that model broke down. Wages flattened out, but consumption didn’t. Americans cut back on their savings, and took on more debt — mostly mortgage debt — to satisfy their needs and desires.

It’s not a sustainable model, but it did persist for nearly 30 years until the credit bubble burst in 2007. Millions of Americans lost their jobs, and millions lost their homes when the credit spigot was shut off, forcing average families to cut back on their consumption and live within their means once again.

And now, with the economy only partially healed, it seems we’re going back to the lend-and-spend economy that failed us before.

I admire the Bank for International Settlements.
It takes courage to accuse its owners – the world’s main central banks – of incompetence.

Yet this is what it has done, most recently in its latest annual report.