Ambrose and Stockman on China: "Hysteria over China has become ridiculous" - "the greatest economic trainwreck in human history barreling toward a bridgeless chasm"

Hysteria over China has become ridiculous
China is recovering but the world is not yet out of the woods.
Capital outflows are dangerous wild card in China's currency drama
Ambrose Evans-Pritchard, 27 January 2016

China is not a $10 trillion growth miracle with transition challenges;
it is a quasi-totalitarian nation gone mad digging, building, borrowing, spending and speculating
in a magnitude that has no historical parallel.
David Stockman 27 January 2016

Since the long-term debt cycle issue is the biggest issue that separates my view from others, I’d like to briefly focus on its mechanics.

What I am contending is that there are limits to spending growth financed by a combination of debt and money. When these limits are reached, it marks the end of the upward phase of the long-term debt cycle. In 1935, this scenario was dubbed “pushing on a string”.

This scenario reflects the reduced ability of the world’s reserve currency central banks to be effective at easing when both interest can’t be lowered and risk premia are too low to have quantitative easing be effective.

Mario Draghi said in Davos that there were “no limits” on how much fraudulent credit could be emitted by the ECB’s printing press.

”The sky is the limit”, sa chefen för Riksbanken

Stephen King: Why monetary stimulus has not done its job

It wasn’t supposed to be like this. Monetary stimulus — whether through lower interest rates or, as rates fell to zero, quantitative easing — was designed to lift asset prices with the hope that, eventually, they would stimulate faster economic growth and higher rates of inflation.

The good news is that copious quantities of monetary stimulus prevented the Great Recession from turning into a second Great Depression.

Although central bankers succeeded in pushing asset prices a lot higher, the link between price gains and underlying economic performance proved to be much weaker than had been assumed.

For all the talk of deleveraging, debt is an even bigger problem now than it was on the eve of the Lehman crisis.

David Stockman On CNBC: This Is A Dead Cat Bounce—-We’re At Peak Debt Headed For Recession

Axel Weber, the former Bundesbank chief and now head of UBS, said the balance of advantage had already turned negative. "There is a very clear limit to what the ECB can achieve. The problem is that monetary policy has largely run its course," he said in Davos.
"The side effects of the medicine are getting stronger and stronger: the curative effects are getting weaker and weaker," he said, adding that the current turmoil in the markets is the first taste of the hangover, evidence of the price we may have to pay.

According to the BLS, the US economy generated a miniscule 11,000 jobs in the month of December.
Yet notwithstanding the fact that almost nobody works outside any more, the BLS fiction writers added 281,000 to their headline number to cover the “seasonal adjustment.”

Sweden should try to avoid Swiss mistakes - Will the Riksbank do whatever it takes?

Sweden’s Riksbank has wagged a very stern finger at currency markets by publicly delegating to its governor and deputy the power to carry out foreign exchange intervention at any time.

The rationale is that recent upward pressure on the Swedish krona puts downward pressure on domestic inflation, which the Riksbank has struggled to bring back up to its target.

Sweden’s central bankers have that problem in common with most of their counterparts in the rest of the advanced world, of course. But they are the only ones to move towards targeting the currency to solve it.

At least explicitly. Accusations of “currency war” have been flying freely since Brazil’s finance minister used the term against the Federal Reserve’s monetary easing in 2010.

And many observers see the European Central Bank’s quantitative easing mostly as an unspoken attempt to boost growth and inflation by driving down the value of the euro.

US Employment figures no Big Deal 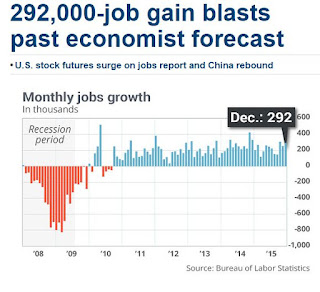 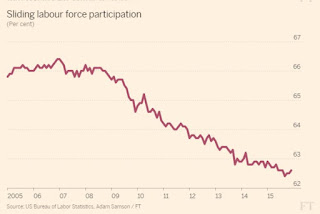 ZIRP and QE were terrible mistakes

With US Treasury bills yielding little or nothing and government bond yields plunging everywhere as central banks creep towards a Japanese-style zero interest rate policy (Zirp), there is talk of a government bond bubble. But is it possible to have a bubble in the most boring form of IOU?

Monetary policymakers have run out of room to fight the next crisis with interest rates unable to go lower, the BIS warnsTelegraph 28 June 2015


ZIRP and QE were terrible mistakes.