Martin Wolf: The idea that the Greeks will run large fiscal surpluses for a generation, to pay back money creditor governments used to rescue private lenders from their folly is a delusion.

The idea that the Greeks will run large fiscal surpluses for a generation, to pay back money creditor governments used to rescue private lenders from their folly is a delusion.


The loans supplied by the eurozone and IMF amount to the huge sum of €226.7bn

But this went overwhelmingly not to benefiting Greeks but to avoiding the writedown of bad loans to the Greek government and Greek banks.

Just 11 per cent of the loans directly financed government activities.

Creditors have a moral responsibility to lend wisely. If they fail to do due diligence on their borrowers, they deserve what is going to happen.

In the case of Greece, the scale of the external deficits, in particular, were obvious. So, too, was the way the Greek state was run.

- Levelling out competitiveness in the euro area will be costly

Greece must lower its real exchange rate, by cutting prices and wages.
This is proving a painful process.

"We are not at all an anti-European force. We are fighting to save social cohesion in Europe.

We are maybe the most pro-European force in Europe, because its dominant powers will lead the union into instability and the euro zone to collapse if they insist on austerity," he said.


Just before leaving the Fed this year, Mr Bernanke was asked if he was confident in advance that QE – the policy of buying bonds to drive down long-term interest rates when short-term rates are already at zero – would do the job.

Mr Bernanke replied: “The problem with QE is it works in practice, but it doesn’t work in theory.”

Citigroup chairman Chuck Prince and ABBA: Dance While The Music Still Goes On

“So long as the music is playing, you’ve got to keep dancing. We’re still dancing.”

Chuck Prince, former chairman and chief executive of Citigroup, interviewed only a month before the music stopped 2007.

A few weeks later he was out of a job.

Dance (While The Music Still Goes On) - Abba

Draghi would like his trillion euros to go to Italian factories to re-equip themselves, to Greek tourist resorts to smarten themselves up,
and to German consumers to spend more on that Italian-made stuff and those Greek holidays.

But banks won’t want to lend to Italian or Greek companies just because they have a lot more money on their balance sheet.
So if a trillion euros get printed in Frankfurt, a lot of it will wash its way across the English Channel.
Matthew Lynn, Telegaph 19 Jan 2015

Economists will no doubt be debating the effectiveness of QE for a couple of generations at least.

Yet one thing we know for sure is that when a major central bank prints money, it floods the rest of the world.

When Japan started, it fuelled asset booms in the US and Europe. When the Fed and the Bank of England launched QE, much of the money poured into the emerging markets.
In a world where capital is mobile, and there are no controls on its movement, that is what you would expect. 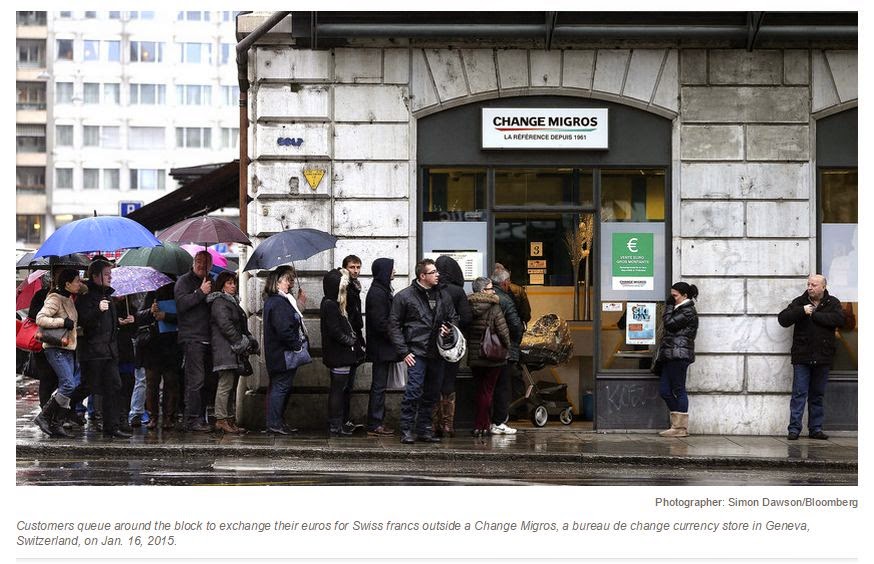 Customers queue around the block to exchange their euros for Swiss francs outside a Change Migros, a bureau de change currency store in Geneva, Switzerland, on Jan. 16, 2015.

and after a year or so Greece is beginning a vigorous recovery on the back of a weak drachma.

In that case, the people of Italy, Spain and Portugal would ask: “if Greece can do it that way then why can’t we?” And there wouldn’t be a good answer.

The euro-zone would do the splits as soon as you could say Jean-Claude Juncker. 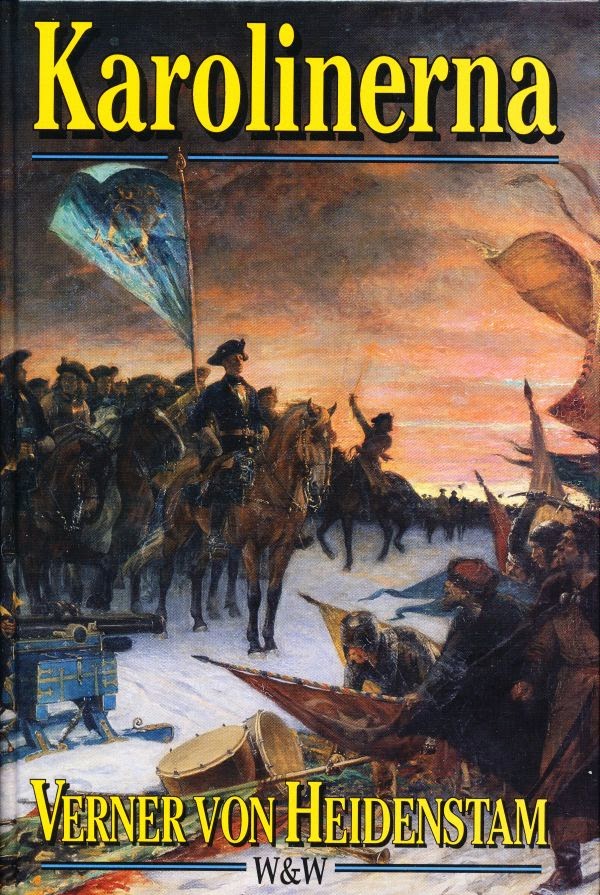 The border between the East and the West of Europe will now follow the Narva river.

Willem Buiter, helicopter money and Article 123 of the Lisbon Treaty

Willem Buiter, the well-respected chief economist of the US financial giant Citigroup, has thus modified the idea of helicopter money. His version calls for policymakers and central bankers to act in concert.

Buiter is unconcerned about EU regulations preventing the ECB from the kind of direct state financing such a plan would entail. He considers Article 123 of the Lisbon Treaty, which addresses the issue, to be a "disaster" anyway.

He also doesn't believe the plan would endanger the ECB's independence.

"Independence does not mean that you don't answer the phone when the minister of finance is calling," he says.

"Independence means the right to say no."


Article 123 of the Lisbon Treaty

Repeatedly, voters have thrown out incumbents, dissatisfied with the direction of the economy – only to have the new government continue on the same course dictated from Brussels, Frankfurt, and Berlin.

But for how long can this continue?

- But it is also clear that… this could only take place in the context of a decisive step towards closer Fiscal Union”.

Ambrose Evans-Pritchard
Draghi´s prescription amounts to an EU superstate, with economic sovereignty to be "exercised jointly".

His plea is Utopian. There is no popular groundswell anywhere for such a vaulting leap forward
The northern creditor states have in any case spent the past four years methodically preventing any durable pooling of risk or any step towards fiscal union.
In airing such thoughts, Mr Draghi is really telling us that he no longer thinks EMU can work.