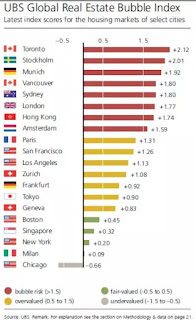 Sea Level Rise: What It Is, Why It Matters, and What Can Be Done?

Two major factors are believed to contribute to this specifically.

First, as the planet’s temperature rises, the water in our oceans begins to physically expand, and thus take up more room. Water expansion is responsible for about one-third of the change in sea level.

Bond yields could react more forcefully, if and when market participants upgrade their expectations concerning future growth and inflation.

Once investors wake up to the return of the economic cycle, their expectations about interest rates and the course of monetary policy will also change.

Senior officials argue that capital requirements have increased 10-fold. Yet this is true only if one relies on the alchemy of risk-weighting. In the UK, actual leverage has merely halved, to around 25 to one. In brief, it has gone from the insane to the merely ridiculous. 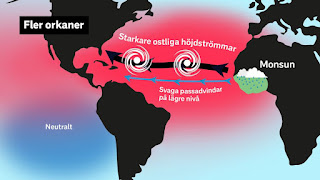 In a book called The United States of Europe. It was written by a close ally of Jean Monnet

By the Fifties, Monnet realised that their dream could not be realised overnight. It should, therefore, be assembled stealthily, bit by bit, without for a long time declaring its real goal.And they should begin by pretending that it was just an economic arrangement, a “Common Market”

Which was why, when Richard North and I first unearthed this story, we called our book The Great Deception.

The Supranational Politics of Jean Monnet: Ideas and Origins of the European Community by Frederic J. Fransen

Most work on Monnet's contribution begins with his later presence as an elder statesman of the European movement and reads his later pronouncements back into his earlier work.
This book takes the opposite approach and, by concentrating on his earlier work, is able to show a more complicated picture of Monnet's aspirations than has been presented to date.

Lots of people were supposed to prevent the financial crisis.

But while a few warned about the dangers in real time, most policymakers, risk managers, and academics failed in their responsibility to protect the rest of us.
Matthew C Klein, FT 13 September 2017
Upplagd av Rolf Englund kl. 9/14/2017 Inga kommentarer:

How the dollar’s weakness is the rest of the world’s problem, El-Erian

Some cling to the notion that stimulus is unhelpful, risky and hard. Such views need updating. The Ecnonomist

Economists of all stripes argued that the “multiplier” on stimulus—the amount by which a dollar of borrowing raises GDP—is usually low. Households save their higher incomes in expectation of offsetting future tax rises

But studies since the Great Recession tend to find that multipliers are substantially higher than once thought, particularly when monetary policy is constrained.

Multipliers in such cases are often closer to two, ie, GDP increases by nearly twice the size of the stimulus.

Comment by Rolf Englund:
If the marginal tax rate is 50 per cent we have a Free Lunch.
Upplagd av Rolf Englund kl. 9/13/2017 Inga kommentarer:

On Sept 16 1992, the UK was forced out of the European Exchange Rate Mechanism (ERM)

membership of which had been the cornerstone of the John Major government’s economic policy, which now lay in tatters.

A slowing down of the jet stream contributed to Harvey’s lingering destruction.

Charles Greene, an atmospheric scientist at Cornell University, believes that warming in the Arctic led to a slowing down of a high-altitude, circulating wind known as the jet stream, which he argues contributed to Harvey’s lingering destruction.

If that turns out to be the case, it portends more such events to come.

He suspects recent droughts in the western United States may have been exacerbated by the same phenomenon, as a more sluggish jet stream allowed masses of dry air to get locked into place.

One of the inescapable truths of the past 10 years is that the central bank policies introduced to mitigate the crisis may be sowing the seeds of another one.
As in the run-up to 2007, ultra-low interest rates have been distorting the world’s finances.
Patrick Jenkins, FT’s financial editor, 31 August 2017
Upplagd av Rolf Englund kl. 9/05/2017 Inga kommentarer:

Perhaps the macro question – is why low unemployment isn’t sparking higher inflation as the fabled Phillips curve says it should.

death of the Phillips curve - Nonsens.


If the economy takes off above Stall Speed the Philips Curve will be back.