David Stockman thinks the coming yield shock will be thundering

So we think the coming yield shock will be thundering, and that the stock market bubble and purportedly booming economy that the Donald has been lured into embracing will blow up in his face.

At length, it will provide the catalyst that finally puts him aboard the Dick Nixon Memorial Helicopter for his final ride to Gonesville. 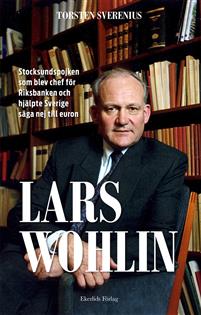 Thatcher said: “And let me be quite clear. Britain does not dream of some cosy, isolated existence on the fringes of the European Community. Our destiny is in Europe, as part of the community.”

Apparently, investors believe that this boom is going to last, or at least that other investors think it should last

Few academic books have had more political influence than Joseph E. Stiglitz’s Globalization and its Discontents.

First published in 2002, it became an instant international sensation and propelled its author, already a Nobel laureate economist, to rock-star status. That has been especially true in the emerging and developing world, where he now addresses sold-out arenas.

Last year, Stiglitz published a sequel in which he reassesses his previous arguments;  Globalization and Its Discontents Revisited

Too many suffered too much for too long, while those responsible avoided justice.
Ray Dalio, founder of the world’s largest hedge fund Bridgewater
As Dalio would have predicted, problems were harshest in economies that do not control the currency in which they borrow
As for the solution, he is gloriously laconic: “In the end, policymakers always print.”

The EU Is Looking Like Europe’s Next Failed Empire

It needs the U.S. and NATO help to avoid the fate of the Austro-Hungarians.


Rome, Habsburg and the European Union

The 40% rise in the price of pot stock Tilray this morning, which amounted to a neat $9 billion in a single day's gulp, was about as close to pure reefer madness as you can get without inhaling.

Its $28 million of revenue and $8 millions of net losses in 2017 are now valued at $22.2 billion, which amounts to a nice round multiple of 785X sales!
We do reckon, of course, that occasionally a start-up of true technological brilliance surrounded by patent-protected moats might initially be worth something like that multiple during its early years.
But a dope purveyor which grows the stuff in greenhouses, sells thru pharmacies and on-line, has no patents, no barriers to entry and no material brands--- since the incipient mass market cannabis industry barely exists?
David Stockman. September 19th, 2018

10 Things People Still Get Wrong About the Financial Crisis

All are the result of bias, ignorance, laziness or bad faith.

Fed will have to continue to hike to a level of about 3.5 per cent by early 2020

Given the US fiscal stimulus has been ill-timed, the Federal Reserve will have to continue to hike to a level of about 3.5 per cent by early 2020.

Investors who bought the day before Lehman failed are up 130%

The world has not learned the lessons of the financial crisis

Banks are safer, but too much of what has gone wrong since 2008 could happen again

The state had no choice but to stand behind failing banks, but it took the ill-judged decision to all but abandon insolvent households.

Perhaps 9m Americans lost their homes in the recession 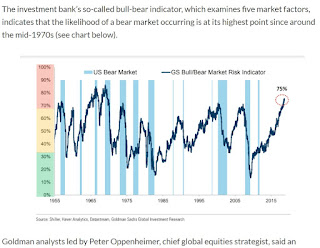 Lehman insider: why the bank could and should have been saved

The presidential candidates of the day, the late John McCain and Barack Obama, were delivering speeches saying that Washington must save Main Street, not Wall Street.

As the U.S. economy entered its worst downturn since the Great Depression, Congress enacted legislation to increase discretionary spending to stimulate the economy.

New programs ranged from financial assistance for large banks and car manufacturers to tax rebates for low-income households and also included funding for public projects, such as highway construction.
At its peak, in early 2009, total discretionary spending was about $1.2 trillion in annual terms, or 7 percent of GDP.


A decade after the collapse of Lehman Brothers, J.P. Morgan takes a look back at the response to the financial crisis that reshaped financial markets and the global economy.

We May Be Facing a Textbook Emerging-Market Crisis

Why so little has changed since the financial crash


If those who believe in the market economy and liberal democracy do not come up with superior policies, demagogues will sweep them away.

I think the mother of all Minsky moments is building. Mauldin

It will not be an instant sandpile collapse, but instead take years because we have $500 trillion of debt to work through.
We cannot accurately predict when the avalanche will happen.
John Mauldin 1 September 2018
Upplagd av Rolf Englund kl. 9/01/2018 Inga kommentarer:

Gillian Tett: Have we learnt the lessons of the financial crisis?

One day in the early summer of 2007, I received an email out of the blue from an erudite Japanese central banker called Hiroshi Nakaso. “I am somewhat concerned,” he began in typically understated manner, before warning that a financial crisis was about to explode because of problems in the American mortgage and credit market.

I was astonished. That was not because I disagreed with Nakaso’s analysis: by June 2007, I had been writing about the credit sector for a couple of years as the FT’s capital markets editor in London, and was uneasy.

But I was surprised that it was Nakaso raising the alarm.

So why was Nakaso pessimistic? “Déjà vu”, he replied.

A decade earlier, back in 1997, Nakaso had been working at the Japanese Central Bank when Tokyo plunged into its terrible banking crisis, sparked by $1tn of bad loans left by Japan’s 1980s real estate baburu keiki, or bubble.