- The core challenge of macroeconomics is to allocate society’s resources to their best use. Workers who choose to work should find jobs; factories should deploy their capital efficiently; and the part of income that is saved rather than consumed should be invested to improve future wellbeing.

If Germany would still have the D-Mark his arguments would be right. But now Germany is a part of Euroland.

Could my Guru be wrong?

- Where is the economic textbook that argues that such a country /Germany/ should run a deficit to stimulate the economy /in Euroland/?

- Yet in never-ending debates in Europe and discussions at recent meetings of the International Monetary Fund and the World Bank, politicians and academics ignore such basic economic reasoning and demand that Berlin “do more”.

The weakest argument is that Germany, unlike a number of highly indebted countries, has “room for manoeuvre”.

This is from his article in The Financial Times, 23 October 2014

The fiscal compact – formally the Treaty on Stability, Coordination, and Governance in the Economic and Monetary Union

French Prime Minister Manuel Valls and his Italian counterpart, Matteo Renzi, have declared – or at least insinuated – that they will not comply with the fiscal compact to which all of the eurozone’s member countries agreed in 2012
Their stance highlights a fundamental flaw in the structure of the European Monetary Union  – one that Europe’s leaders must recognize and address before it is too late.

The fiscal compact – formally the Treaty on Stability, Coordination, and Governance in the Economic and Monetary Union – was the quid pro quo for Germany to approve the European Stability Mechanism (ESM), which was essentially a collective bailout package.

ECB should abolish its OMT program – which, according to Germany’s Constitutional Court, does not comply with EU treaty law anyway.

Furthermore, the ECB should reintroduce the requirement that TARGET2 debts be repaid with gold, as occurred in the US before 1975

Hans-Werner Sinn, Professor of Economics and Public Finance at the University of Munich, is President of the Ifo Institute for Economic Research and serves on the German economy ministry’s Advisory Council.
He is the author, most recently, of The Euro Trap: On Bursting Bubbles, Budgets, and Beliefs, Oxford University Press, 2014.

Borders and budgets risks provoking political crises
that could plausibly culminate in the break-up of the euro, or even the EU.
Gideon Rachman, FT October 20, 2014

Speaking on television earlier this year, Manuel Valls, the French prime minister, declared that his government’s budget would not be written to “satisfy Brussels”, adding – “We are a great nation" -France is a sovereign country.”


I winced when I heard that. It was one of those statements that actually sounds less convincing the more defiantly it is uttered.

For the fact is that France is not a sovereign country when it comes to budgetary matters – and nor are the other 17 countries that have adopted the European single currency.

In the next few days that truth could become brutally apparent.

France is not alone in struggling with the constraints on its national sovereignty imposed by Europe.
Britain too is wrestling with the fact that, under European law, it cannot prevent unlimited immigration from the rest of the EU.

Control of borders and budgets are two of the most traditional powers of the nation.

The extent to which France and Britain are chafing against European erosion of their sovereignty, on these issues, risks provoking political crises that could plausibly culminate in the break-up of the euro, or even the EU. 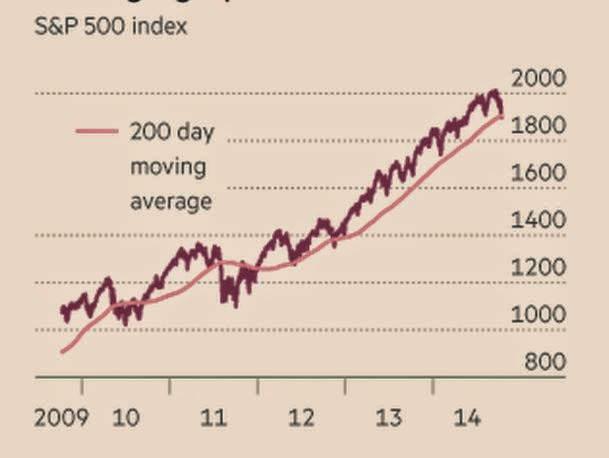 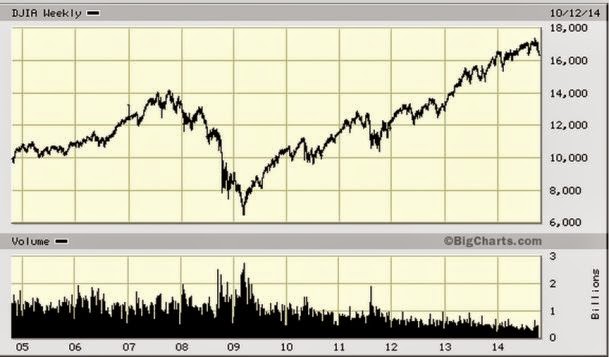 Often it's so innocent. It might even be relevant initially. A quick Wikipedia fact-check, perhaps.

But before long you've been sucked into the wormhole. Link after link, page after page. When you finally snap out of it you've lost a precious hour and you're reading about the intricacies of 16th Century Prussian politics.

If this sounds familiar, you're not alone.

Procrastination is the practice of carrying out less urgent tasks in preference to more urgent ones, or doing more pleasurable things in place of less pleasurable ones, and thus putting off impending tasks to a later time, sometimes to the "last minute" before the deadline.

Nu har han också utkommit med en ny bok; The Shifts and the Shocks: What we've learned - and have still to learn - from the financial crisis.

In my book The Shifts and the Shocks, I argue that pre-crisis trends
– huge global current account imbalances, rising inequality and weak propensity to invest –
had already created weak underlying demand in high-income countries.

The de facto response of policy makers was toleration, if not promotion, of credit booms.

When these collapsed, extraordinary policy easing was needed both to replace the lost demand impetus from the credit bubbles and to
offset the drag on demand from debt overhangs, predominantly in private sectors:

too many people had borrowed too much.

- Posterity will regard the economic performance we are now witnessing as a golden age.
It will also know, although we do not, how long this era lasts.The most obvious reason for taking today’s euphoria with a barrel of salt is that nobody ever expects shocks. That is what makes them shocks.
Martin Wolf, FT, 2/5 2007