Martin Wolf: The benefits of migration are questionable


The benefits of migration are questionable
Cosmopolitanism is incompatible with our organisation into territorial jurisdictions
Martin Wolf, FT September 29, 2015

I am the child of refugees. My parents came to the UK to escape Hitler. Their arrival saved their lives. More passionate patriots cannot be imagined. It is not surprising that I believe Europe has a moral obligation to protect refugees. But what should one think about immigration more broadly?

Immigrants lower the ratio of the retired to those of working age (the old-age dependency ratio). But the impact on dependency, at least with current levels of immigration, is modest.

In 2014, there were 29 dependants aged 65 and over for every 100 people of working age. According to the UN, keeping this ratio below a third would require immigration of 154m between 1995 and 2050, with far more thereafter: immigrants age, too, after all.

Yet migration is not just about economics. Immigrants are people. They bring in families, for example. Over time, large-scale immigration will transform the cultures of recipient countries in complex ways.

People may legitimately differ on the correct policies.

"Immigration increases the size of the economy."
This is true, but irrelevant.

What matters is its impact on the welfare of the pre-existing population.

What is remarkable is that there is next to no good argument or evidence to suggest that immigration on the current scale does raise that welfare to any significant degree.

Central bankers have taken it upon themselves to sponsor great bull markets in the hopes of making people spend more because they will feel richer.
That was the theory.

Governments through central banks have muscled down money market interest rates to zero and in some cases below zero.

Not content with that, they have implemented what economists chose to call «the portfolio balance channel».

So the world over – and this goes for Europe as well – central bankers have taken it upon themselves to sponsor great bull markets in the hopes of making people spend more because they will feel richer.

Soros:Europe now faces at least five crises at the same time, Ukraine Losing it would cause irreparable harm: it could create a failed state of more than 40 million people

Because of the structural defects of the euro, the European authorities have had to become masters of the art of muddling through one crisis after another.

But Europe now faces at least five crises at the same time: four internal ones—the euro, Greece, migration, and the British referendum on whether to remain in the EU—and an external one, Russian aggression against Ukraine.

Both the public and the authorities are overwhelmed.

Gideon Rachman den 7 september. It would be heartwarming to believe that the crowds that turned out to welcome Syrian refugees arriving at Munich station

It would be heartwarming to believe that the crowds that turned out to welcome Syrian refugees arriving at Munich station show that Europe will respect its commitments in full. It would also be dangerously naive.

If you want to understand what is happening to the European Union’s constitution, the EU flag is a good place to start. European leaders will agree to delete references to the flag in the constitution.
Everybody knows the flags will keep flying.
The words in the constitution will change. But the substance will remain the same.


It would be unfair to demand that the federalists simply abandon their ideal of political union in Europe.
We are all entitled to our dreams.
But they should recognise that in the current political situation they lack both the power and the legitimacy to press on with "the project".

Gideon Rachman became chief foreign affairs columnist for the Financial Times in July 2006. He joined the FT after a 15-year career at The Economist

If there is one thing that the French and Dutch referendums demonstrated, it is that local politicians are spectacularly bad judges of what sways their voters.

It is already clear that when the Germans take over the EU presidency in January they will use their position to relaunch the constitutional debate. As a result, constitutional wrangling may dominate the next couple of years of the EU’s political life.

The constitution’s most ardent advocates are not embarrassed by this prospect. They do not regard the rejection of the document by voters as in any way definitive – merely grossly inconvenient.

- There is no such thing as rational expectations. There is wishful thinking, or panic. Now in a chart. 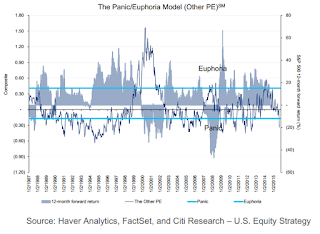