Now that Greece is close to completing the largest bond write-off on record, should other debt-plagued nations in Europe follow its lead?

European officials hold the view that Greece’s debt problems are unique and that there is no need for countries like Portugal, Ireland, Spain and Italy to push creditors to accept losses on their holdings.

But the intellectual fathers of Greece’s intricate bond swap beg to differ. 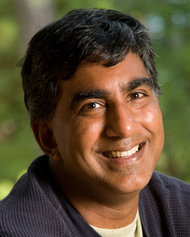 Mitu Gulati, a charismatic law professor at Duke, and Lee C. Buchheit, the philosopher king of sovereign debt lawyers and a lead adviser to Greece on the deal, see themselves as sovereign debt taboo-busters.

And they are not shy about pressing their views, as Mr. Gulati did with characteristic wit at a sovereign debt conference here last week.

Indeed, he argued, no time is better than now, with investors fearing that some other country — Portugal, in the eyes of many — will copy Greece’s move to unilaterally impose so-called collective action clauses that require even reluctant bondholders to go along with the majority on a deal.

Portugal’s finance minister has said in interviews that his country plans to fully honor its debts.

But investors’ skepticism is presumably a reason that the yields on Portugal’s long-term bonds have risen by two percentage points in the last two weeks.