Jeremy Grantham, the founder of the fund management group GMO

Last year, he made the bold call that markets were in a bona fide bubble and cruising for a fall.

Back in the summer of 2007, Grantham warned that the stock market was like a brontosaurus, whose brain and nervous system were so inefficient that it would take a long time to realize that it had been bitten in the tail. 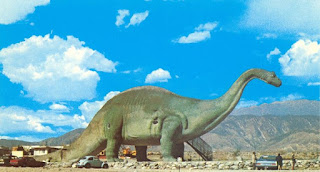 Sure enough, subprime lenders began to go bankrupt in early 2007, and the stock market didn’t collapse until the fall of 2008.

It wasn’t at all unreasonable for the world to take a long time to grasp last year that inflation really was back. It had, after all, been absent for four decades.

Nobody much under the age of 60 has ever had to deploy assets in an environment of high inflation before.

“As yet the equity market seems totally unaffected, with volatile and risky stocks still making the running. Although the brontosaurus has been bitten on the tail, the message has not yet reached its tiny brain, but is proceeding up the long backbone, one vertebra at a time.”

He made this remark way back in July 2007 at a point when we now know the financial world was about to tip into crisis. Of many people I spoke to at the time for a piece you can find here, he proved to have by far the greatest foresight.