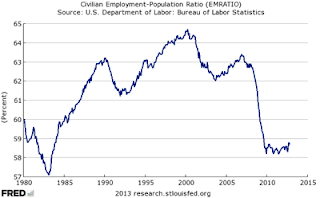 “ People have constantly asked what I accomplished during my first four years in Office,” Fearless Leader pouted,” So here it all is, and there is more to come so, tighten up that seatbelt cause the Plane is on the runway ready to just take off.”

4. All-time high number of Americans no longer in the labor force: Today, a record 88,921,000 Americans are no longer a part of the U.S. labor force.